The Labour Party is Losing the Centre 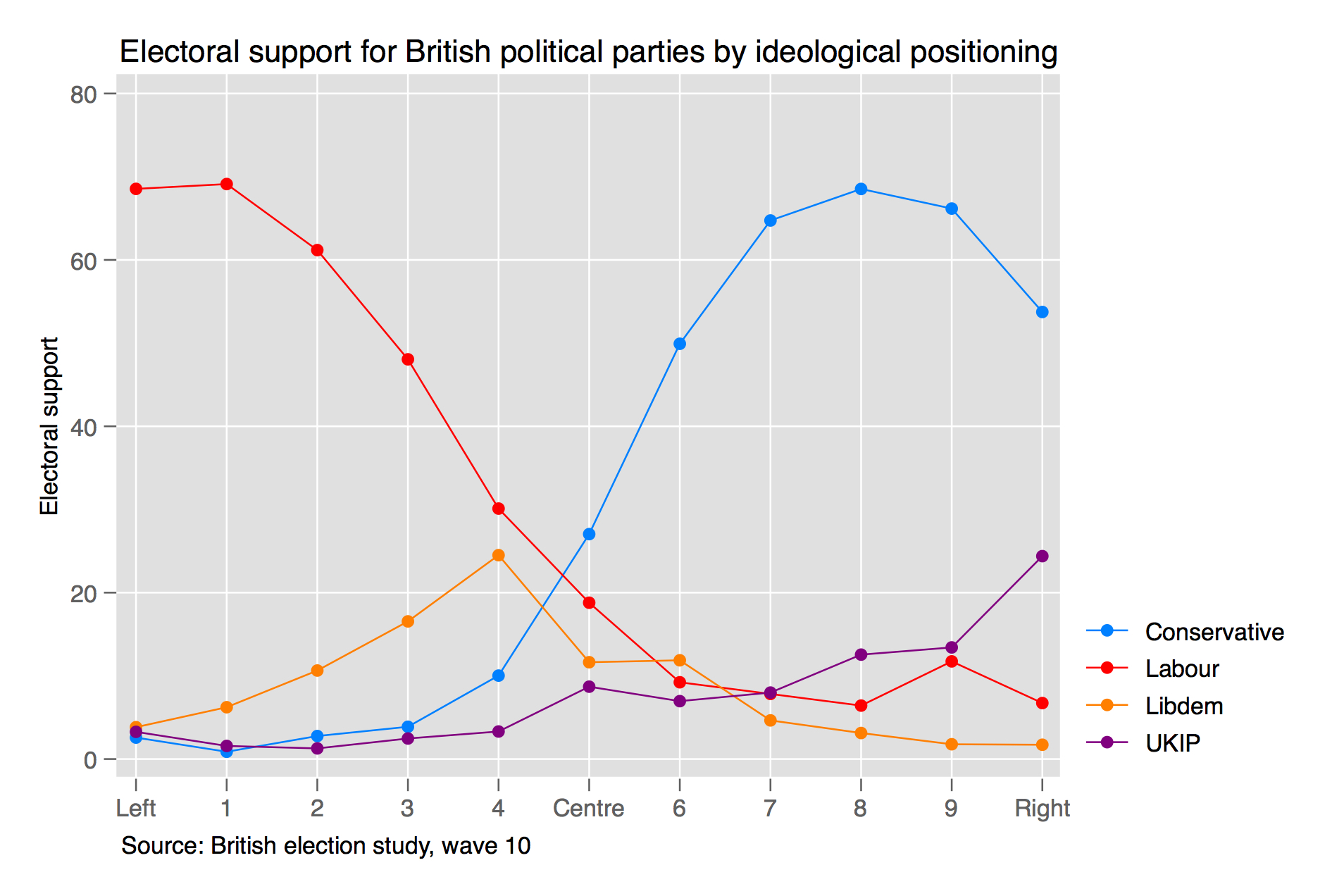 The graph above shows the level of electoral support for British political parties by ideological self-positioning, based on wave 10 of the British Electoral Study (data collected in November and December 2016). I have left out people who refuse to place themselves. The curve obviously declines as you go right for Labour, and increases for the Conservatives (with a decline on the far right as UKIP goes up). What is the most interesting is the slope of the two main parties: electoral support for Labour declines faster as you go right, and the Conservatives rise earlier, meaning that the Conservative are stronger on the center ground. The Conservatives do much better than Labour among people who consider themselves in the very middle of the political spectrum (that is, choose a 5 out of 10). 27% of voters in this category intend to vote Conservative, against only 18% who plan to vote for Labour. As the histogram below shows, this is the largest category of voters in the electorate, among those who are willing to place themselves (23% don’t). The sample is 30’319. 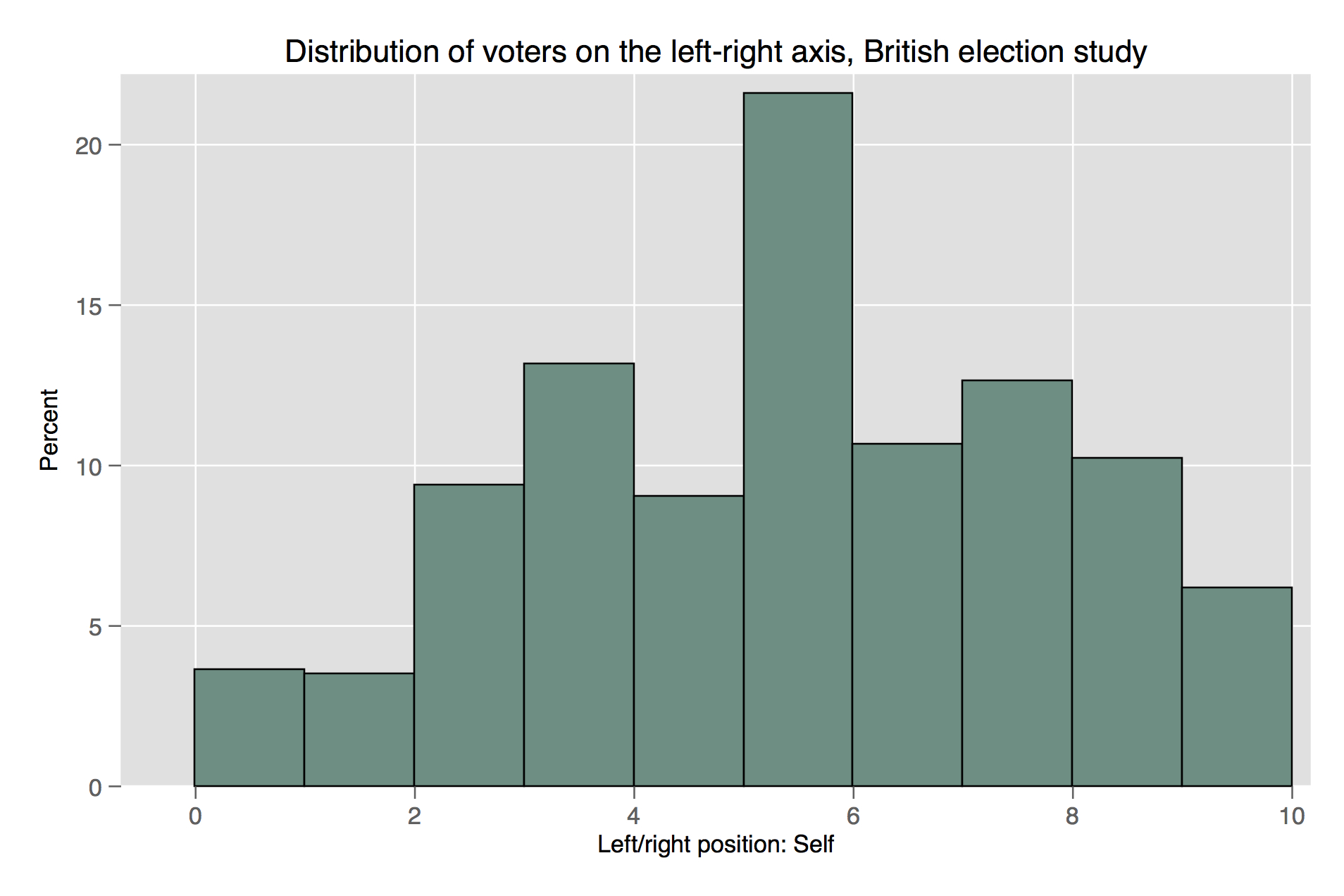