The Fiscal Impact of Immigrants: Perceptions vs. Reality 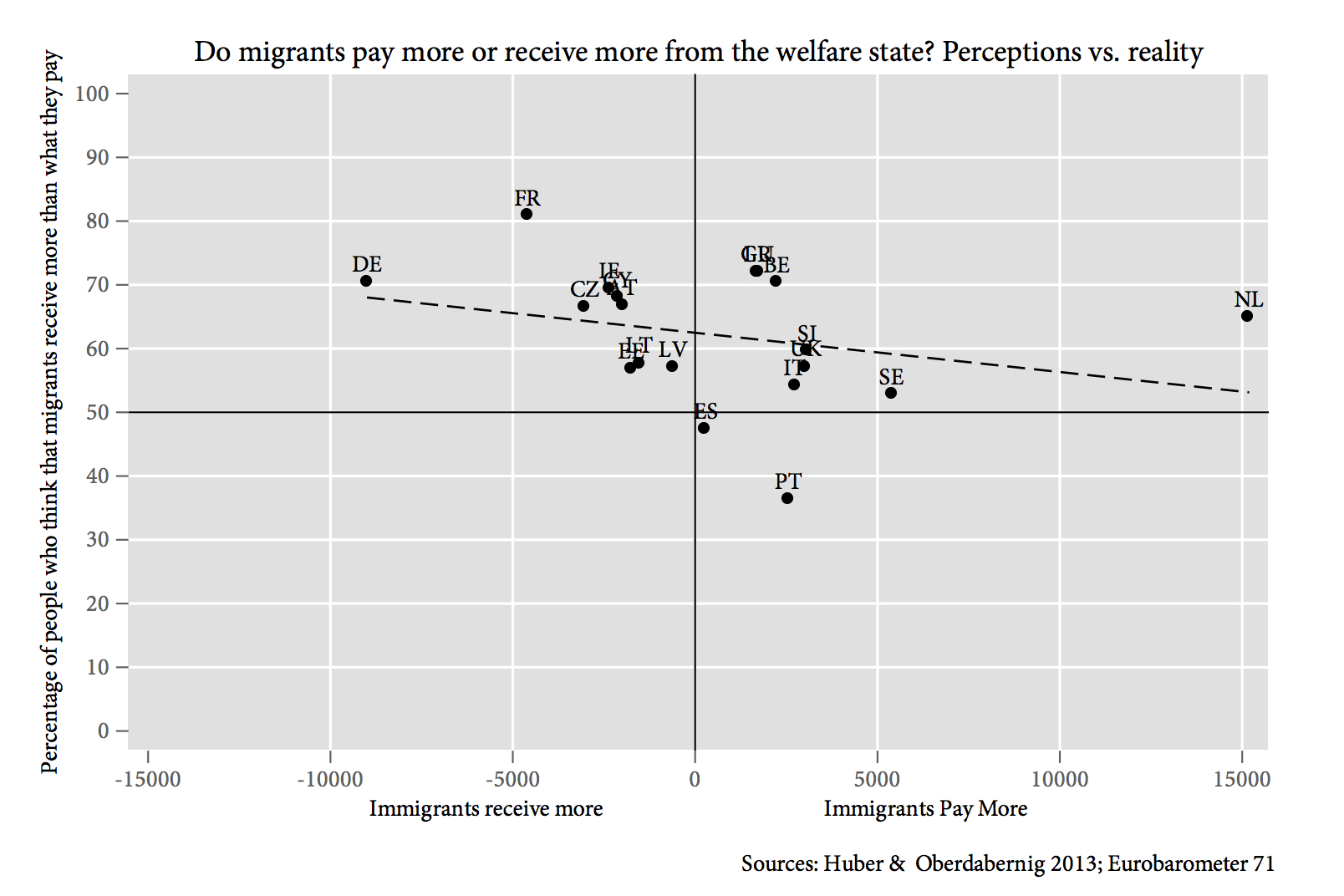 The graph above charts popular perceptions about how much immigrants pay into the welfare state (vertical axis) against what they actually pay (horizontal axis, in euros per household). The data comes from a paper by Huber et al. for the horizontal axis (based on EU SILC data) and the the vertical axis comes from the Eurobarometer 2009, which asked people if they thought that immigrants in their country pay more in taxes than they receive in welfare. A few interesting facts:

First, in all countries but Spain and Portugal, a majority of people think that immigrants receive more than what they pay. However, in reality this is far from being the case in all countries: a number of them receive more from immigrants than what they give them. This is for instance the case in the Netherlands, the UK, Sweden and Italy. In this latter country, 3 billion euros a year in pension benefits remain unclaimed by migrants who returned home.

Second, in spite of people in many countries having a wrong idea about the fiscal contribution of immigrants, there is nevertheless a positive relationship between these two measures: the more immigrants contribute, the more people are likely to think that this is the case.

Third, these are absolute measures; they do not measure the difference between native and migrant households. In some countries, both natives and immigrants have a negative fiscal balance (that is, both receive more than what they pay). However, in others the balance is strikingly different. In the United Kingdom, the fiscal balance is negative for natives and positive for migrants, which means that natives are partly “bailed out” by migrants. In Germany, it is the opposite.