A social network of the Paris terrorists 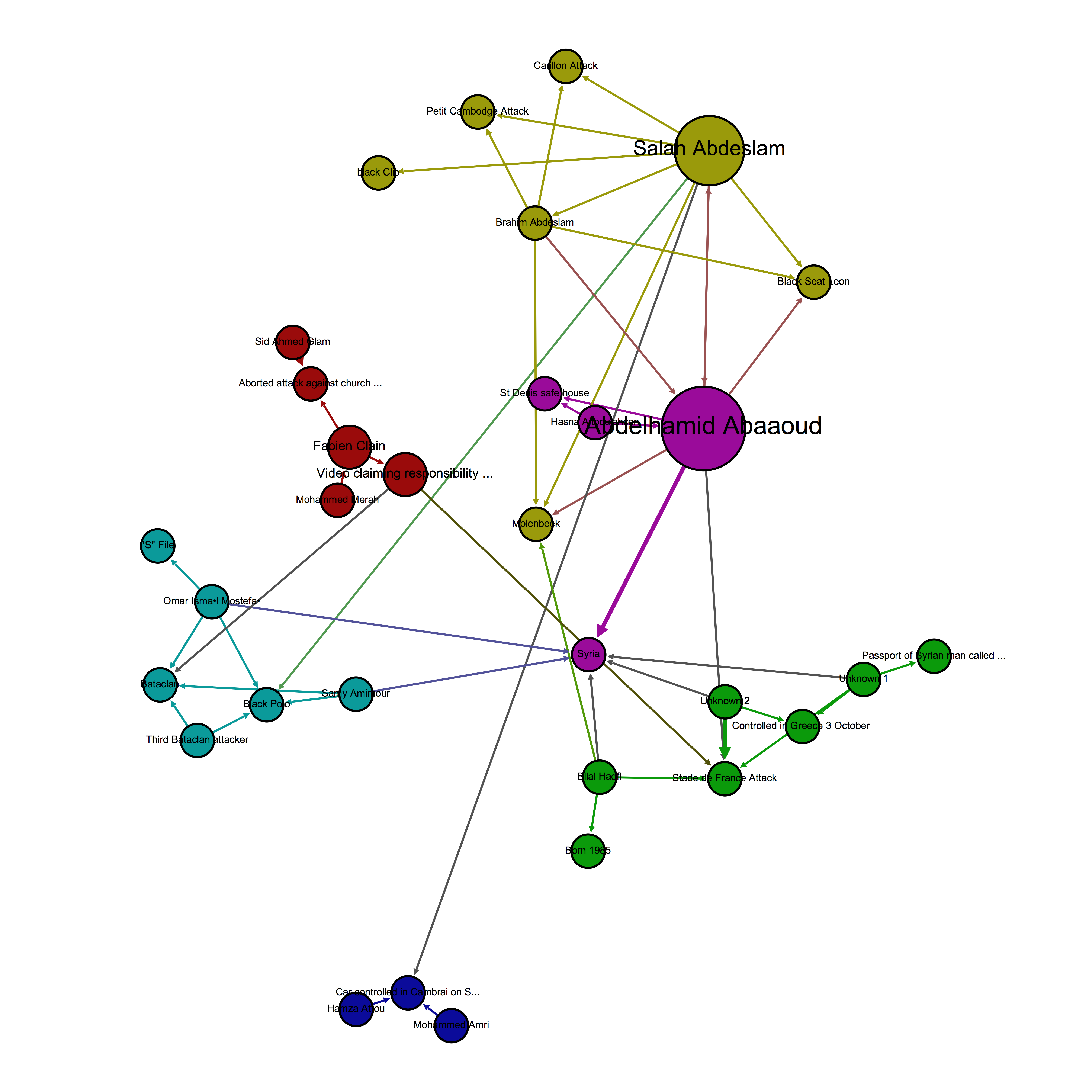 Like everyone else, I have been following the aftermath of the terrible Paris attacks one week ago. Besides, I am getting increasingly interested in social network analysis, and I read too many crime novels. Combining these things, I have drawn a network combining the different bits and pieces of information available in the media about the people involved in the attacks, and what they did when. The graph above shows a network of actors and events, with the size of the nodes scaled by betweenness centrality.

A few things: Abdelhamid Abaaoud, believed to be the mastermind of the attacks and who died in the raid of the St Denis apartment on Wednesday, appears indeed to have the higher betweenness centrality. The Bataclan attackers (lower left), even if the death toll was the most dramatic, seem to have had a much more peripheral role in the operation. Salah Abdeslam also had an important role in coordinating the different attacks. Finally, through Fabien Clain, a radical Jihadist from Toulouse believed to be the voice in the video claiming responsibility for the attacks, the network is connected to Mohammed Merah, who conducted attacks in 2012, notably against a Jewish school in the Southwest of France.